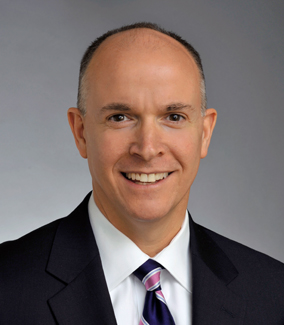 Mr. Egan is the Executive Vice President and Chief Credit Officer of Monroe Capital.  He is responsible for credit policies and procedures, portfolio, and asset management operations.  He is a Co-Founder of the firm and a member of Monroe’s Investment Committee. Mr. Egan has over 30 years of experience in commercial finance, credit administration, banking and distressed investing.  Prior to Monroe, he served as Executive Vice President and Chief Credit Officer of Hilco Capital from 1999 to 2004.  Prior to Hilco Capital, Mr. Egan was with The CIT Group/Business Credit, Inc., for a ten-year period beginning in 1989, where he was Senior Vice President and Regional Manager for the Midwest U.S. Region responsible for all credit, new business and operational functions for the Midwest Region of the United States.  Prior to the CIT Group, Mr. Egan was a commercial lending officer with The National Community Bank of New Jersey (subsequently known as The Bank of New York) and a credit analyst with Key Corp, where he completed a formal management and credit training program.  Mr. Egan earned his B.S. in Business Management from The Ithaca College School of Business.  He served as the President of the Chicago/Midwest Chapter of The Turnaround Management Association (2016 – 2017) and served on the Board of Trustees for the TMA Global.  He is a member of the Commercial Finance Association.